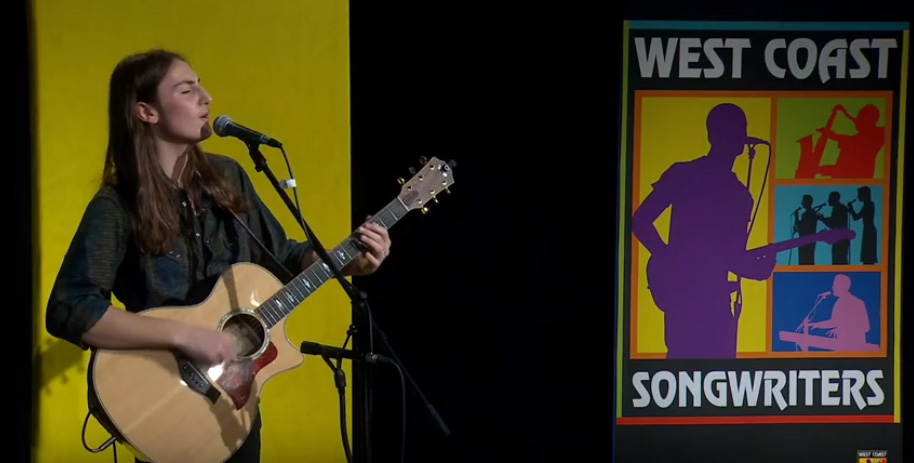 West Coast Songwriters (WCS) Palo Alto chapter performers speak about the inspirations behind the lyrics and melodies they create. The live musical competition held at the Midpen Media Center is full of songs sparked by people, feelings and life lessons experienced by the songwriters. Musical stories are developed through song and instrumentation on guitar, keyboard, and even harmonica. Two music industry judges listen for songs that resonate with them through lyrical lines, melody, and strong structure.

While the judges deliberate over which songwriters would win the February competition, a special guest artist sang for the studio audience. Anthony Arya, recent competitor on NBC’s Season 15 of The Voice, played original music from his newly released album “Going to California.” Before competing on The Voice, Arya was involved in WCS where he performed at cafes and in showcases, now he performs monthly at the Santa Cruz Food Lounge and other local venues. Arya backs his soulful and textured vocal with skillful guitar playing and dynamic stage presence.

Arya closed out the WCS competition with a last song after Best Performance of the month recognition went to Ben James and to Michael McNevin for Best Song.