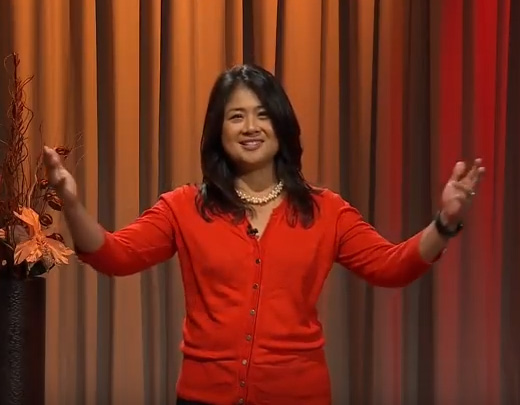 By Eva Barrows
It’s safe to say that most people have a fear of public speaking. Toastmasters International is a network of club chapters with a mission to help people improve their public speaking skills. Three seasoned presenters met the challenge of speaking on television with their messages of hope on Toastmasters’ Northern California District speech contest filmed at Midpen Media Center. The content of the speeches, physical and vocal delivery, and appropriate use of language were considered during the contest judging.

Brendan James Murphy from the Concord, CA chapter has been involved with Toastmasters for 21 years. Through his participating in speech competitions Murphy gets the chance to hone his message and get the right phrasing and gestures down. In his speech “Force!” he talked about how choosing a positive attitude in high-pressure situations can be the ingredient that creates a successful result.

Speaker Aurora Bataclan from the San Leandro, CA chapter says she uses opportunities to speak publicly to visualize the best possible outcome and then push through her fear. Her motivational talk “Adventures in Mountain Climbing,” details her experience dealing with social anxiety. She’s certainly come a long way from the days when she’d hide from social interaction and has become a dynamic storyteller.

Santa Rosa, CA club member, Greg Carter has discovered his ability to write and deliver speeches through his participation with Toastmasters. In his speech, “My Three Friends,” Carter talks about three bad habits he used to indulge in to cope with depression. When he weighed 300 pounds and was diagnosed with a digestive disease that might require a colostomy bag, he decided to turn his life around.

The competition judge, Louis C. Knox, and host, James Jeffley agreed that the competitors all shared deeply personal stories with messages of hope. The authenticity of the speeches was created by the contestant’s open, courageous and vulnerable deliveries. Watch this episode of “Toastmaster Time” to listen to some of the best public speakers in Northern California.