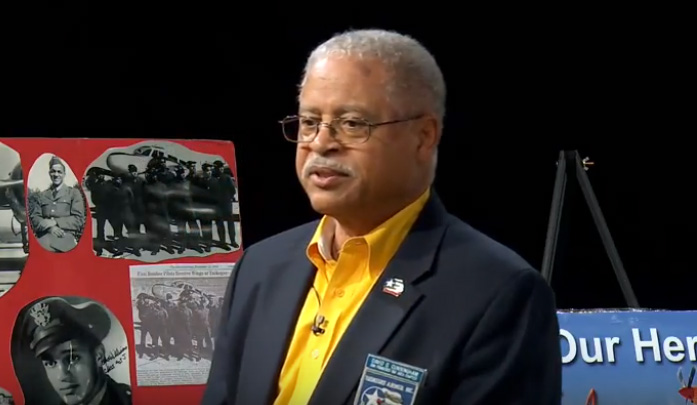 Tuskegee Airmen Association club chapters throughout the United States share the story and history of the first black U.S. military pilots. David Cunningham, president of the San Francisco chapter speaks about how the Tuskegee Airmen came to be during World War II on the latest episode of “Artist Expression.” Flight training for black pilots had to be pushed for and discrimination prevented them from being a part of the regular military. A thousand black men became pilots and thousands more mechanics and other supporting roles with the Tuskegee Airmen.

The Association works to teach youth about aviation along with its goal of keeping the legacy of the original Tuskegee Airmen alive. Bay Area youth have participated in flight training including ground school and time in the air sponsored by the Tuskegee Airmen Association. Some of the students were so passionate about flying that they have become airline pilots and engineers. Find out more about the uplifting history of the Tuskegee Airmen in this episode of Artist Expression.