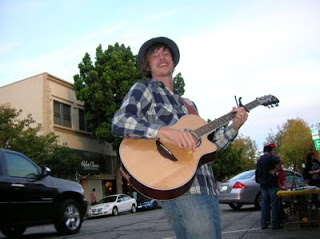 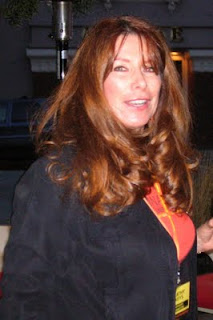 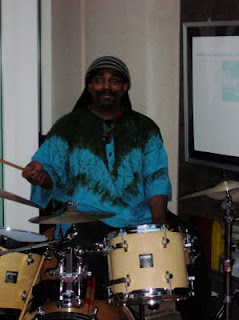 Saturday night, I dropped by the Aquarius Theater in Palo Alto to witness the kick off of the 12th annual United Nations Association Film Festival (October 17-25, 2009). Yugoslav-born Jasmina Bojic is a founder and Executive Director of UNAFF. A humanities lecturer at Stanford, Bojic combined her passion for film with her passion for human rights when she founded UNAFF. The Media Center is a proud sponsor of UNAFF and each year Bojic and colleague Cathy Keys (pictured) produce a 1/2 hour TV show here, inside peek at the coming films. We run this spot in advance of the festival as well as during it. To see upcoming air times for the UNAFF spot, click here.

Cathy Keys, in addition to working for UNAFF, is one of our dedicated volunteers here at the Media Center. Cathy Keys is an excellent camera operator and in fact is a regular crew-person on the show I produce here at the Media Center American Songwriter. American Songwriter alumni David Luning (pictured), for which Cathy ran camera, provided the music outside the Aquarius for an hour or so while festival goers were lining up. You can see David’s show at these times. Or you can catch him on blip TV.
About a block away at Junoon, another Media Center alum was performing. Jesse Norfleet (pictured), former Media Center Production Director and active director here provided the music for the opening reception for UNAFF. He played the drums as part of a trio entertaining festival goers with standards out of the jazz repertoire.
The Film Festival runs for the rest of this week on screens at Stanford and in Palo Alto, East Palo Alto and in San Francisco.