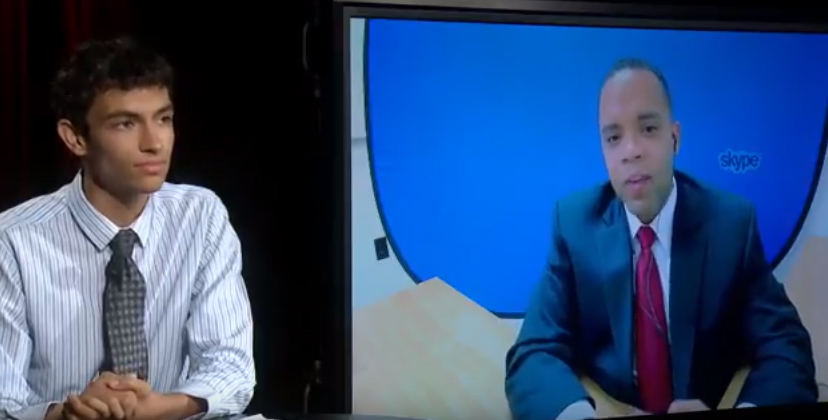 Neel Dhavale is preparing for senior year of high school while on a personal mission to help bridge the divide between military and civilian communities through his show “Success: A Veteran’s Guide.”  The show creates opportunities for dialog to promote understanding of what veteran’s go through on deployments and what happens when they return home. Dhavale says, “I feel that with veteran’s issues especially in the Bay Area there’s a lack of awareness of what happens overseas and what veterans are facing today.”

“Success: A Veteran’s Guide” is an interview based show where current and former elite special operation service members Skype into the Midpen Media Center studio to talk with Dhavale. “I want to provide veterans a look on how to be successful after the military through other veteran’s advice.” The WAVE Award nominated show is building enthusiastic support from the veteran community. Dhavale hopes to extend the reach and viewership of the show.

Over its run of three episodes “Success: A Veteran’s Guide” has broached useful and important topics aiming to help other vets in similar situations. The first show looked at how a former member of the Navy SEALs adjusted to life in corporate America. In the following show, a Green Beret Lieutenant Colonel spoke about finding and transitioning to a career outside of the military. The most recent episode will be available to watch on Midpen Media Center YouTube and cable channels within a few weeks. It covers dealing with Post Traumatic Stress Disorder (PTSD) and Traumatic Brain Injury (TBI).

The format of the show is in three parts which go over the veteran’s career, a specific issue they face and their tips on how to move forward. In the most recent episode, Dhavale spoke with Steven Brown, a highly decorated SEAL Team 6 member who served on numerous challenging deployments. The issue Brown faces is PTSD and TBI. “He has to write down literally everything otherwise he’s going to forget it,” says Dhavale. Brown created Camp Brown Bear in the Kentucky wilderness where veterans gather to form a healing community. They participate in alternative medicine like yoga and acupuncture and build relationships through hiking and fishing together. “They speak about some of the things that they’ve seen overseas. The camp has had tremendous amount of change in the lives of these veterans.”

After talking with Brown and the other veterans, Dhavale continues to be inspired in his quest to help create a safe community for returning veterans. “I felt that this is an area that really needed some help and I wanted to do my part to contribute.” He’s thinking of studying political science or public policy in college because of the impact he’ll be able to make on the veteran community. For now, he’s going to continue producing the show highlighting important veteran’s issues. Dhavale says, “I’d never expected to speak with a former SEAL Team 6 operator with ten deployments and so many theaters of war. I just love hearing all of the valuable insights that these veterans provide.”