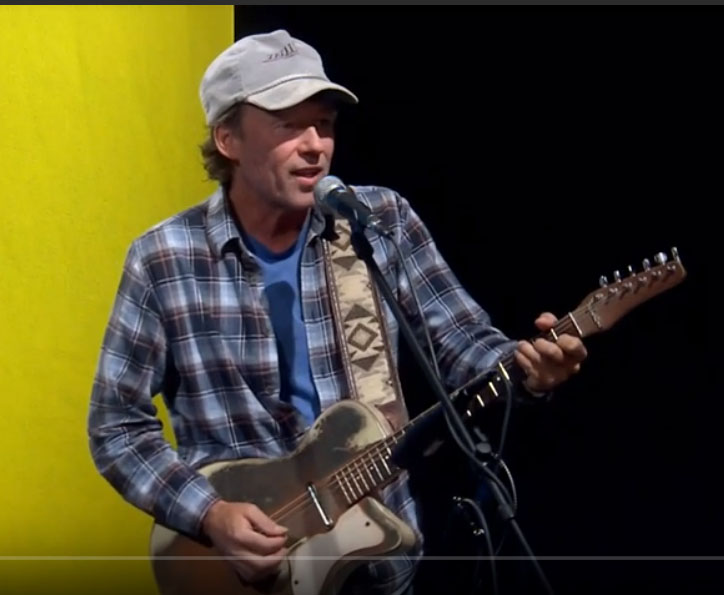 West Coast Songwriters (WCS) 2019 monthly competition winners came back to the Midpen Media Center to compete for best song of the year. The playoff winner secured a spot on stage in the WCS Grand Finals concert at Freight & Salvage in Berkeley on September 6th.

Singer-songwriters with performance and song creation goals find opportunities at WCS gatherings to network with other musicians and industry professionals, and to share and get feedback on new material. One of the benefits of being a WCS competitor in Palo Alto is having the opportunity to perform live on a Midpen Media produced show in front of a live studio audience and music industry judges. Playoff judges Karl McHugh, an Irish folk-rock singer, and Sonja Wohlgemuth, a classical musician who’s bringing music education to 25,000 kids on the Peninsula, took notes of each competitor’s performance. Each singer-songwriter got to choose two songs to play during the playoffs, a warm-up and their competition-ready song.

After each set the performers spoke with host Mike Annuzzi, a singer-songwriter himself who plays 250 gigs a year, about their music process. TK Tran shared that he’s learned to never turn down a chance to play and is getting in front of audiences two to three times a week. Ben Wylder showcased his vocal range by singing a fast-talking upper register song, then going low with his deep gravelly tones and harmonizer pedal. Casey Boydan transformed her thoughts and feelings into expressive songs, while Tim Myers crafted a protest song to expose a forgotten disaster.

**Spoiler Alert** East Bay native Michael McNevin’s song “Young Santos” won the night. Growing up in the Niles area of Fremont, CA, he ran around with his friends in the historic train town. The inspiration for his song came from a writing prompt about cigarettes. This reminded him of his friend Santos and the closeness he shared with him and his family. The judges loved the emotional details of the song and the vivid picture he created through music and lyrics. In his on-screen interview, McNevin says he likes to tell stories through his songs, and now he gets to share his story on stage at WCS Grand Finals.