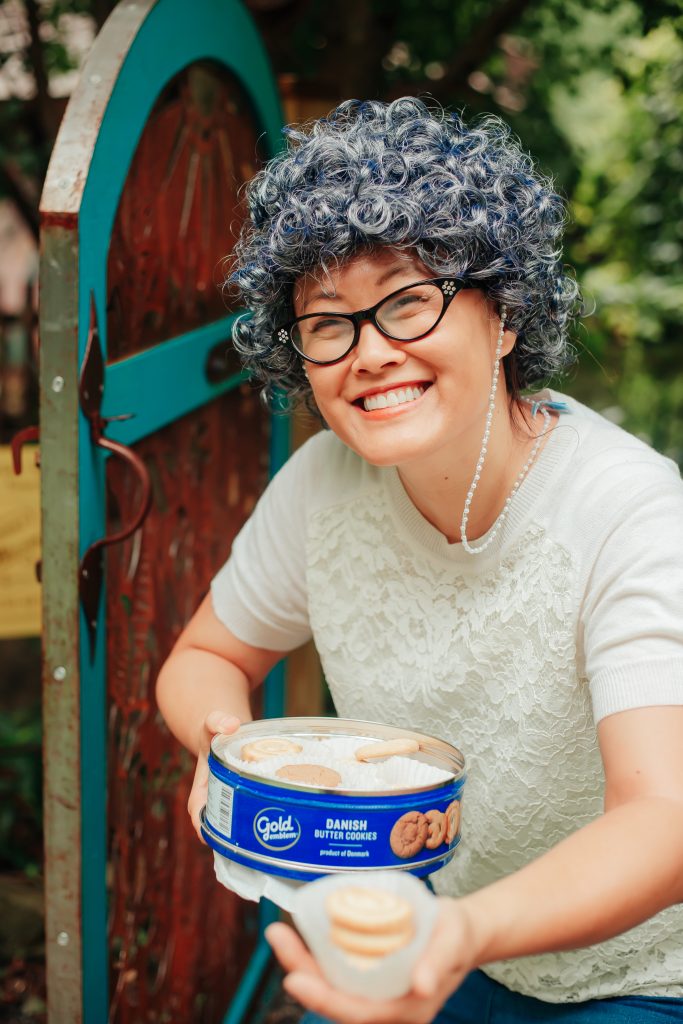 Renee Marchol’s smile is infectious. That’s saying something when you are interviewing someone by phone. It was nothing I could see. It was the undeniable passion I could hear in her voice when she talked about media-making.

Renee credits Midpen Media for providing her with the skills that jumpstarted her media-making. But to be clear, her creative path began much earlier. Renee was an English major who took extra classes in journalism before working in children’s book publishing in Berkeley and for a public affairs magazine in San Francisco after graduation. While getting her MBA from San Jose State, Renee took her first class at Midpen Media in 2004. As one of the “Zoomies,” Renee learned the basics of television production: camera work, how to light the room, the angle of the camera, where to stand, and how to run a crew.

Renee currently calls Atlanta home, having moved there in April 2020. Before that, she lived in Southern California where she participated in a remote internship for a storyboarding software firm in Needham, Massachusetts. The internship both enhanced her skills and provided a real opportunity to help shape her narrative. Recalling her time in LA, Renee talked about her experience working with a historically black church. She had the opportunity to teach a Youth Media class where participants learned how to storyboard. From there, they could film their work or keep their story as a cartoon. Students also learned lighting composition and editing. Renee really enjoyed the experience and was especially delighted to offer youth of color the chance to tell stories for their community.

These days, Renee writes scripts for short-form videos to pay the bills. While it sounds like she really enjoys her work, it seems clear her true passion is for storytelling. Renee’s storytelling style is memoir — telling true stories. As a member of the Southern Order of Storytellers, Renee shares stories at their monthly meetings. She recently had an opportunity to participate in the East Cobb Library’s storytelling series, which was filmed so people could enjoy it virtually. Renee chose to tell audiences about the California-style Thanksgiving that she has each year with her aunt and uncle where they have poached turkey and vegetables that make a sauce that pairs well with jasmine rice. It doesn’t end there. Renee also regularly gets to regale Canadian audiences with 7-minute stories via Untold and she has been a guest multiple times on the Canadian show and podcast The Iridescent Robot Story Telling Club. And last but not least, Renee gets to exhibit her storytelling and media-making skills via her online publication Audio Listening Magazine.

As a Chinese American woman, it was important to Renee to learn how to shape her own narrative and not be confined by the ones others might choose to impose. When asked what advice she might have for emerging media makers, Renee was clear that they should use media to empower themselves. “Always have the camera at eye level or looking up at you. Never let the camera look down on you,” she states. It may seem like simple advice, but in today’s world, it can be easy to let others’ expectations define you. Media can give you a voice, one that can be shared and amplified.