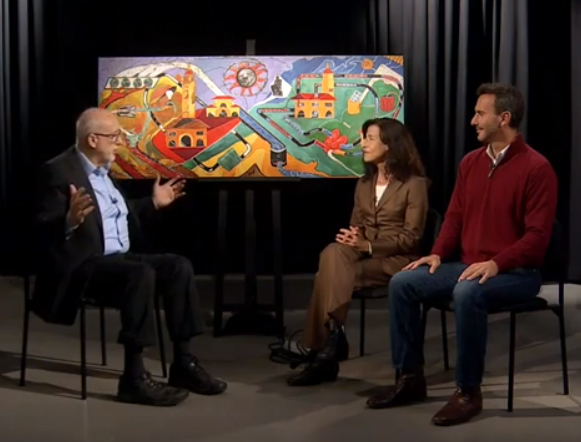 “The Michael Killen Report” continued its series on solutions to help stop climate change in the October Ways to Fight Climate Change episode. Show host Michael Killen spoke with Janelle London, Co- Executive Director of Coltura, an organization aiming to create a gasoline-free America, and Ray Mueller, Mayor of Menlo Park. London shared two initiatives Coltura is working on with state and city-level governments to reverse climate change. The organization is working with California and Washington states to phase out gas-powered cars and transition to no emissions alternatives like electric vehicles. They are also working with cities to require public vehicles to no longer use gas. The city of Menlo Park, under Mayor Mueller, is starting to replace its vehicle fleet with no emission vehicles, has added charging stations in public places, and is requiring multi-family housing buildings to install charging stations for each unit. Find out how municipalities are encouraging less carbon emissions and how you can be a part of the climate change solution in this episode of “The Michael Killen Report.”