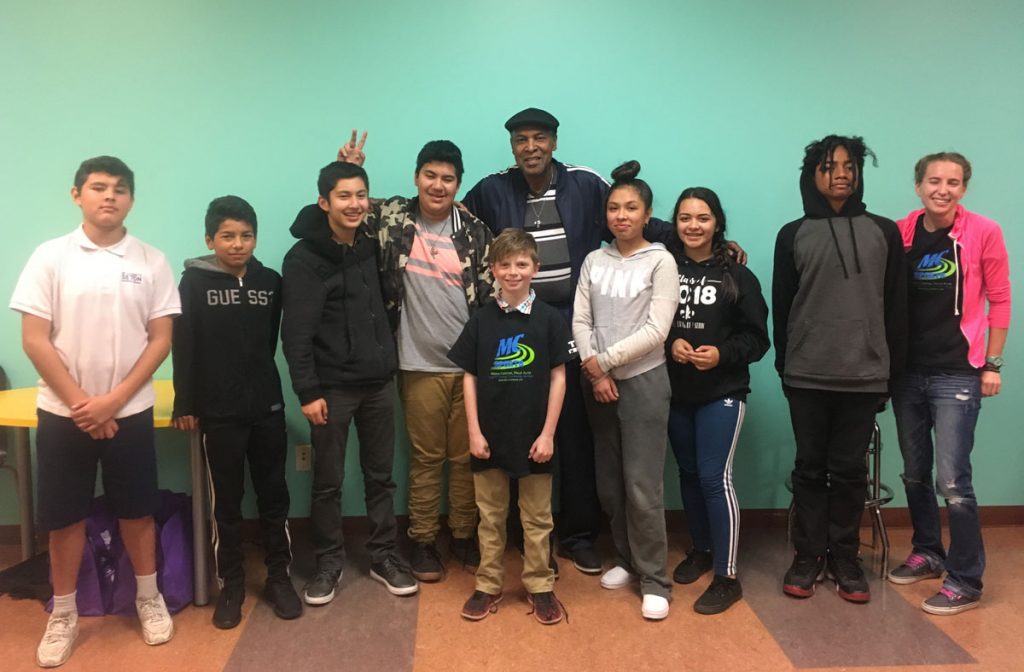 Branch, a star player at Ravenswood High School in East Palo Alto, went on to play for Nebraska University and launched to celebrity status with the Globetrotters. At the event, the kids watched clips featuring the Globetrotters, on the late 70’s early 80’s, high school basketball, TV drama series, “The White Shadow.”

Being a professional athlete brings many opportunities, some good some bad, shares Branch. He traveled the world, met three presidents and had a TV career with the Globetrotters. But being an athlete took a toll on his body. In his talk, Branch imparts to the kids that he is thankful for his education which enabled him to support himself after retiring from basketball.

A key takeaway from Branch’s presentation is the importance of working hard toward your goals, and education is a part of that process. You can improve your life and be successful even if you come from a lower income community like East Palo Alto.