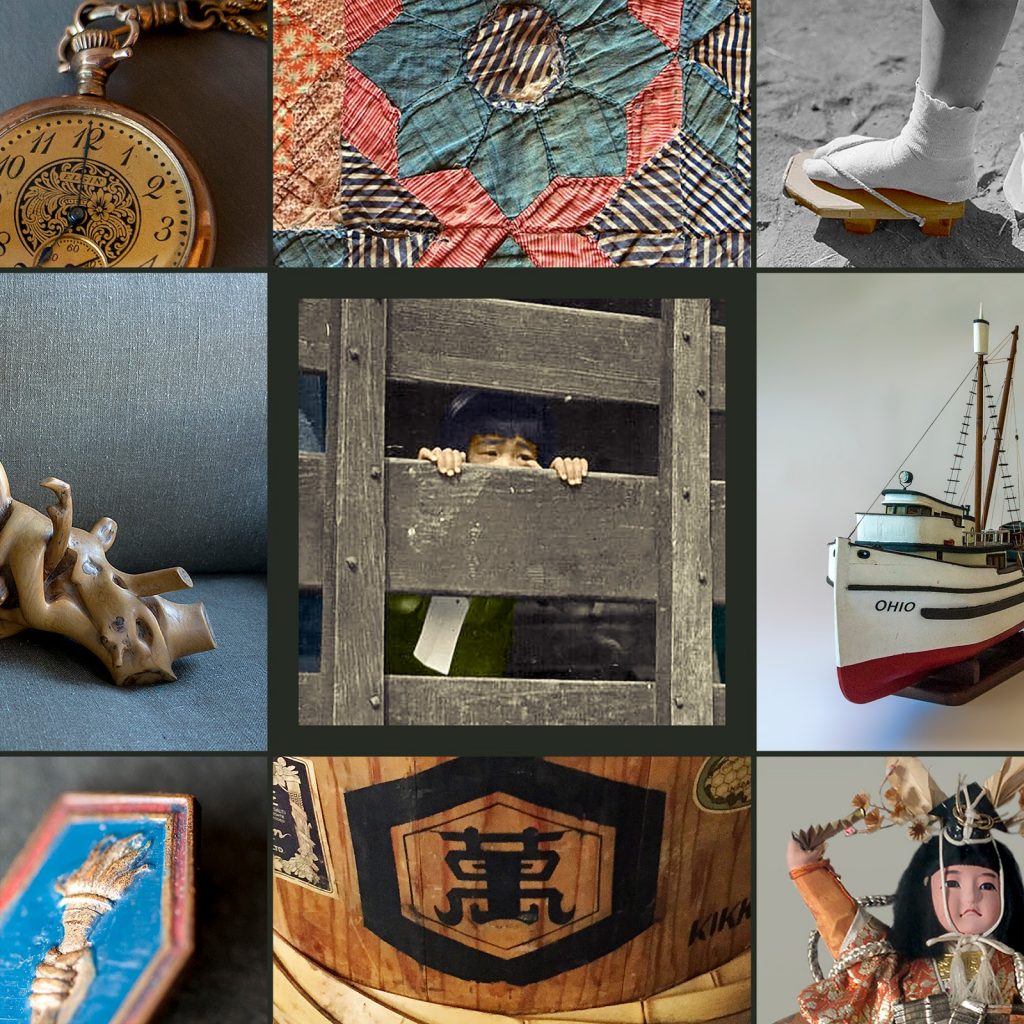 Midpen Media has been awarded a grant of $143,482 from the Japanese American Confinement Sites (JACS) program administered by the National Park Service. The grant, awarded last month, will support a two-year educational project with the working title, “50 Objects / 50 Stories of the Japanese American Incarceration.”

Fifty objects from museum, archival and family collections, such as a family piano, a toolbox and a suitcase unopened for decades, will be selected by a curatorial team to tell 50 stories about the wartime removal and confinement of 120,000 Japanese Americans during World War II. The “50 Objects” project was inspired in part by renewed public interest in camp artifacts due to the successful halting of the Rago auction of heritage items in 2015. A collection of 450 photographs and artifacts that were collected in 1945 by the scholar Allen H. Eaton were going to be sold in a public auction before the provenance of the items could be determined. A national grassroots protest movement helped stop the public sale and the collection was eventually acquired by the Japanese American National Museum in Los Angeles.

“We feel honored to sponsor this important project.  Interviewing the survivors and their descendants, and empowering them to tell their stories is at the core of what community media is all about,” said Annie Folger, executive director of Midpen Media Center. The narratives will be told using multimedia formats, including long-form journalism, short videos and audio narrations. The stories will be released beginning in 2017 on a dedicated website and shared through social media. In addition, Midpen Media Center will air episodes on cable television. “This history is still within living memory, so it’s possible to preserve these stories for future generations. By researching the different objects and uncovering the human stories, we hope to let the artifacts ‘speak’ and become a portal into this history which is so relevant to society now,” said Nancy Ukai, project director. Joining Ms. Ukai on the curatorial and production team are Bay Area artist David Izu, filmmaker Emiko Omori and writer Chizu Omori.

Nancy Ukai is a writer and researcher who was head of two public art projects in Princeton, NJ. She helped lead a social media protest to rescue the Eaton collection comprising 23 Lots of Japanese American incarceration artifacts from public auction in 2015.

David Izu is a Bay Area based artist and holds an MFA from Stanford. He has taught at Stanford, the SF Art Institute and the California College of the Arts. His work is part of the permanent collection at SFMOMA as well as other institutions.

Emiko Omori is a camp survivor and her award-winning documentary “Rabbit in the Moon” premiered at the Sundance Film Festival, was broadcast on the national PBS series POV, and has won numerous awards.

Chizu Omori is a survivor of the Poston I camp in Arizona, a columnist for the Nichi Bei Weekly and was a named plaintiff in the Hohri class action suit, which went to the Supreme Court in 1983.

This project is particularly timely now as the 75th anniversary of the signing of Executive Order 9066 is Feb. 19, 2017.  The order signed by President Franklin D. Roosevelt led to the forced removal, without trial, of tens of thousands of American Japanese living on the West Coast by the U.S. military. Two-thirds of the evicted people were citizens and one-third were children. In addition, thousands of immigrant men, and some women, who were ineligible for U.S. citizenship due to their race, were arrested by the FBI and imprisoned as “alien enemies” in Department of Justice and military internment camps. Many of our readers may recall our association with the historical recreation on film of “Gila River & Mama: the Ruth Mix Story“, championed by Midpen Media producer Charlie Class. Charlie produced the documentary based on the book written by Ruth’s daughter Claire.  Ruth had kept her sorrow about her own experience as a nurse’s aid in one of the camps a secret, until when nearing death she shared her painful story of loss, helplessness and frustration at the the plight of the Japanese Americans she came to know and love. Using connections he made through Midpen, Charlie saw the book produced as a play in Houston last Spring.

We believe that sharing stories like Ruth’s, the the stories behind these 50 objects is an important addition to the expanding treasury of Japanese American Incarceration stories.   For as George Santayana the celebrated Spanish writer said, “Those who do not remember the past are condemned to repeat it.”