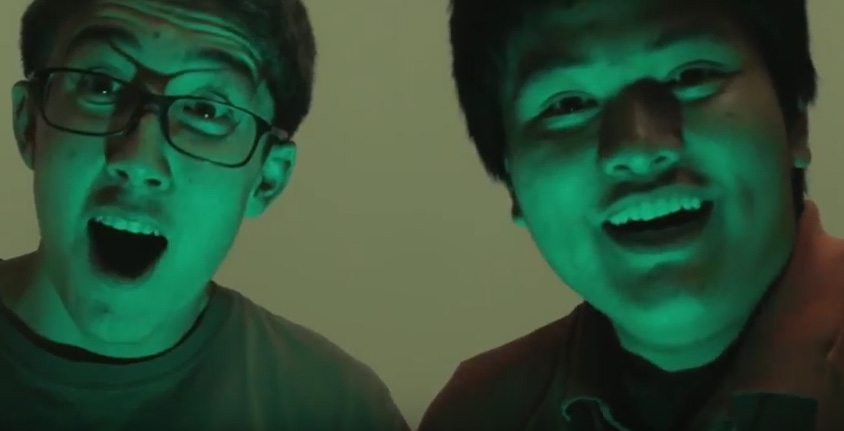 By Eva Barrows
Twenty-four short films were submitted to the 2018 Youth Film Festival by local middle school and high school student filmmakers. The top three shorts from each category were screened at a live in-studio award show produced by MC Youth Interns. The award show has aired on the Midpen Media Center’s cable channels and is available for viewing anytime on YouTube.

The winning high school short films were all live action that delved into comedic acting and educational documentary. “The Island,” a mockumentary by Thomas Sullivan follows two guys who washed up on a deserted island and how they change over the course of their stay. In Ben Peterson and Joshua Stukenborg film “Sticky,” two friends experiment with the magical powers found in a pad of Post-It Notes. The first place high school film is a local historical documentary “Remnants,” by Owen Daniels and Ben Peterson. If you’ve ever driven on Highway 1 through Devil’s Slide you’ve probably seen an old WWII bunker and wondered what its purpose was. This film helps us understand.

and all film festival entries here.