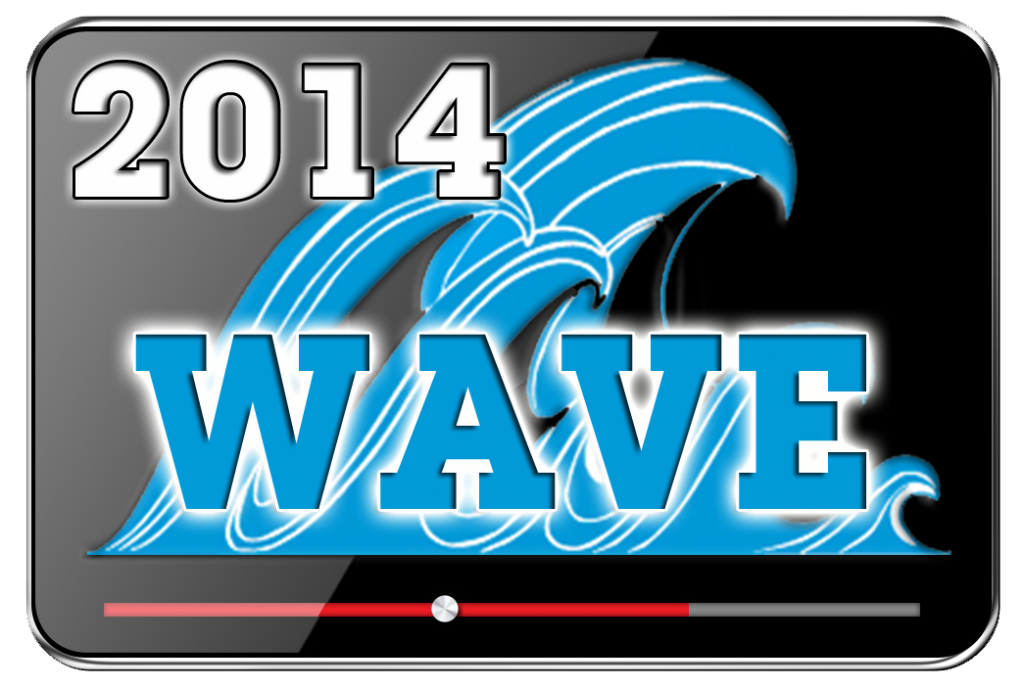 Of the 16 Media Center programs that were named finalists for the 2014 Western Access Video Excellence (WAVE) Awards, 9 were awarded top honors last Friday night at the ceremony at the   Crowne Plaza Hotel in Ventura, California.  The Awards were the crowning event for the Alliance for Community Media’s Western Region Annual Conference.

The Media Center garnered more awards than any other access center.  Staff members Jesse Norfleet and Becky Sanders were on hand to collect the awards and bring them home.   They were so numerous and heavy, they had to split them up.  Sally Rayn was in attendance to accept the award for Talk Art which she co-produced with Nance Wheeler.  Sally became a twice-minted winner with a video that she helped her middle schoolers produce about the drought in Hillsborough.

The Media Center celebrates these winning videos and congratulations their hard-working producers:

All Media Center video nominations may be viewed here.

Congratulations to our winning producers and to our future and past winners.  We appreciate and celebrate their efforts to transform community one video at a time!