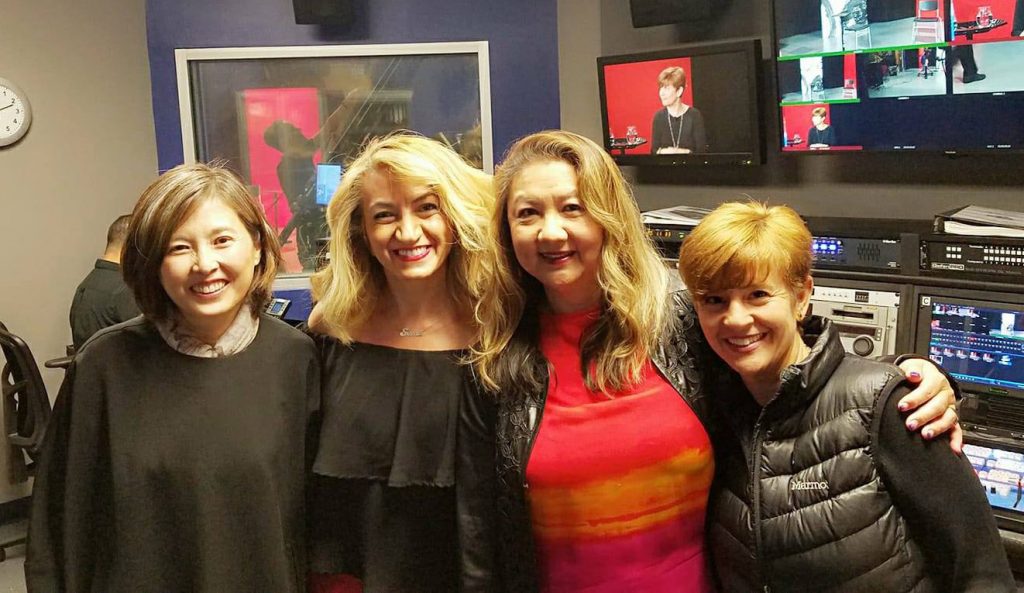 Who do you think of when you hear the word immigrant? Porcia Chen Silverberg, producer and host of the new Midpen Media Center series “You Belong Here,” thinks of current and future influential leaders. Silverberg came to the U.S. as a teenager from Taiwan and struggled to find a sense of belonging. Her television show and foundation of the same name (http://www.YouBelongHereFoundation.org/) highlight the successes of immigrant women in their new home. These encouraging examples inspire new immigrants to achieve their American Dream while putting a human face to the word “immigrant.”

The first episode brings together three women with different stories from different parts of the world but they all have the same label of “immigrant.” Hong Kong born Gabrielle Lou came to the U.S. as a teenager. She became an electrical engineer but reinvented herself and is now a clinical psychologist. Sema Tosun moved from Turkey to the U.S. when she was a little girl. She’s found success as a restaurant owner and founder of her own non-profit “Fund a Need.” Gina D. Dalma grew up in Mexico and made the move to the U.S. as an adult. She currently serves as the Special Advisor to the CEO and Vice President of Government Relations at the Silicon Valley Community Foundation. All three of these women find ways to give back to their new communities in the U.S. “It’s good for people to hear and see stories from immigrant women who are so happy to be here. They actually want to give back and are giving back to make our community a much better place to work, to live, to play, to pray,” says Silverberg. Watch a sneak-peek of the show as these dynamic women talk about working with non-profits. The full episode will be available to watch on Midpen’s YouTube channel later this month.

The show’s talk-show format welcomes a wide range of viewers with the goal of imparting an understanding of the immigrant experience and building community. Silverberg weaves her own experience of being an immigrant with those of her guest’s through the show’s conversational style. To keep the conversation going off screen, Silverberg plans to build community through face to face gatherings inspired by the show starting next year.
“I bring people together. I help to create new organic connections and conversations with sharing and co-creating as a central theme. I’m excited to be creating a new community for immigrant women like myself, and also for native-born Americans who resonate with this community,” says Silverberg.

“You Belong Here” promises to be an enlightening series that probes stereotypes and uncovers paths to the American Dream. Be on the lookout for upcoming shows covering: cultural discovery through food, the perpetual immigrant and profiles of immigrant women business leaders.